Five Things You Need to Know Before Hero League Opens

Are you eager to show the world your abilities in a thrilling tournament? After running multiple tests, the long-awaited PvP event –Hero League will finally be online on July 24th in League of Angels III’s latest version V2.0.0. To defeat your rivals, win special titles and tons of rewards, here are five things you need to know before the Hero League officially opens. 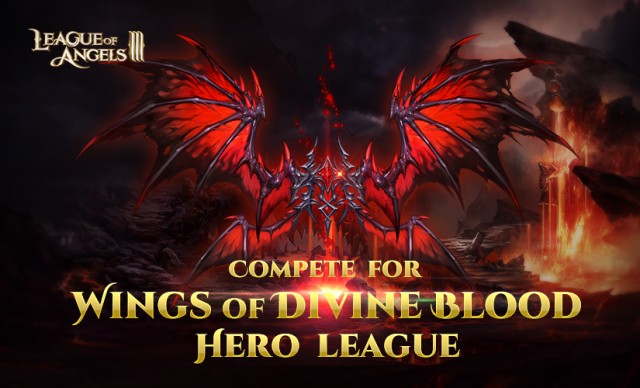 The Grace Continent is in need of brave warriors! The Hero League icon will be shown when the World Level of the server reaches level 90 after the update completes on July 24th. All Lvl. 85+ players with a Battle Rating of over 80,000 will be able to join the grand event. You can check out the World Level below the stamina bar. 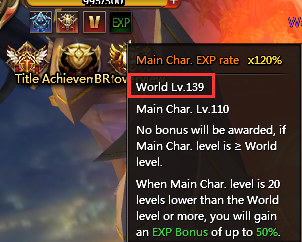 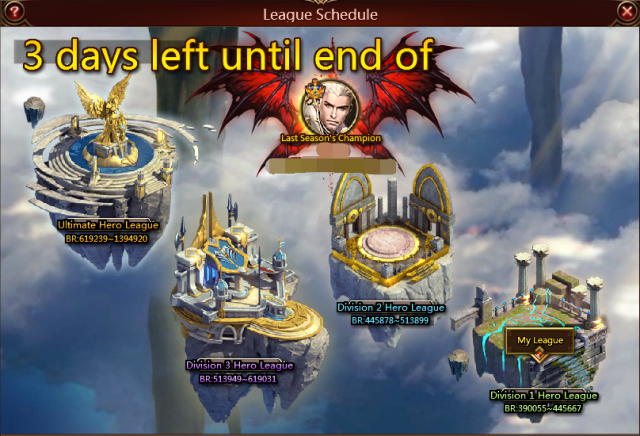 Apart from the time-limited wings, the grand champion will also receive a special title, DPS Hero Chests and items including Elite Wing Adv. Stone, Recruitment Scroll II and Lvl. 4 Gem Chest. Plus, he’ll have an exclusive statue built of him in Everlast. Play hard and win big!

Tons of rewards await you! All participants will be able to claim their rewards after the Championship ends, even if they haven’t made it to the Round of 16. The grand champion, third-place, and runner-up players of Hero League are the top three players from the Ultimate Hero League and will obtain a special title respectively as well as various resources. Recruitment Scroll II and Wing Adv Stone are ready for the champion of each division. All unclaimed rewards will be sent via in-game mail after the event ends. Fight for glory and win amazing rewards, noble warriors! 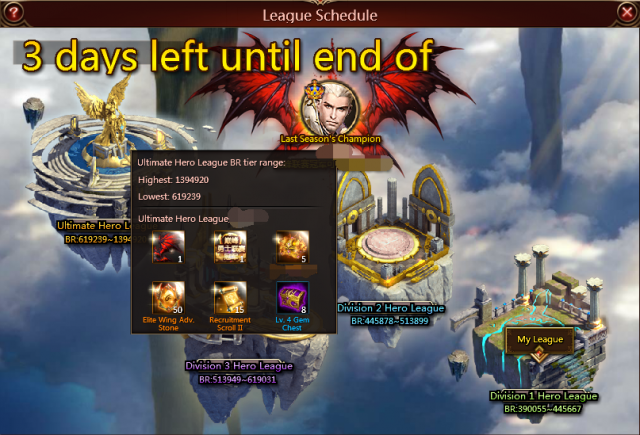 Check out the League Schedule for the first season below.

Please note that final update will be determined in game.

The first season of Hero League will be online on July 24th after the update completes. You’d better act fast to increase your battle rating in order to get into an advanced division and win better rewards! Go and prepare for this ultimate test of power and will by playing League of Angels III now!