Put on Jack’s Helmet and Fly around in Witch’s Broom!

Haunting Eve is on the horizon! Originated in Bloodborne Domain, Haunting Eve is a holiday commemorating the cooperation between Bloodborne and Magicans. From Oct. 29th to Oct. 31st, people across the Grace Continent will be able to obtain tons of rare items including Jack’s Helmet and a legendary mount Witch’s Broom. Put on a spooky makeover and get ready for a chilling adventure in League of Angels III! 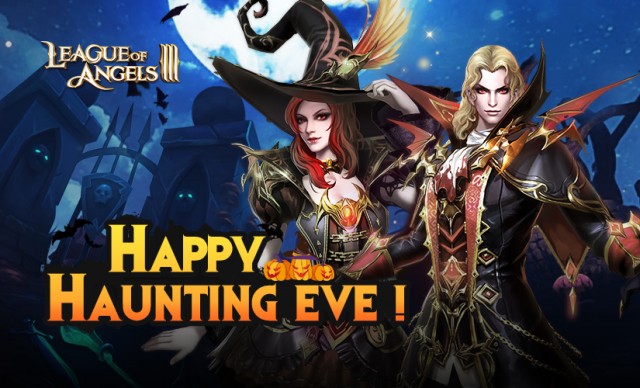 You want your pumpkin to last through Halloween and beyond, right? From Oct. 29th to Oct. 30th, all players will have a chance to unlock Jack’s Helmet and keep it permanently through Topaz Sales in Events in game. Put on Jack’s Helmet in League of Angels III while you are dressing up your home with creative Halloween pumpkins!

Ride on the Witch’s Broom

Witch’s Broom, as the name suggests, cannot easily be acquired by common people unless it’s during Haunting Eve. The lantern at the front will guide the way while the broom boosts speed. The legendary mount can be obtained from Oct. 31st and Nov. 1st through Topaz Sales in Events in game. Fly around Grace Continent in this Witch’s Broom and start your epic adventure!

In addition, all players will have a chance to obtain materials to craft the Creation Equipment from Oct. 29th to Oct. 31st. Get ready for the Haunting Eve by putting on the popular Jack’s Helmet, unlocking the Witch’s Broom and crafting a set of Creation Equipment for your heroes!

Join us in League of Angels III now and celebrate the annual Haunting Eve together!