When League of Angels III unveiled the Divine Arma System upon its release, it was well received by players. With extremely flexible combinations and rich skills, different Divine Armas have witnessed thousands of battles in game. In the latest update, Memory of Asherah, the first Legendary Divine Arma, will outshine all the previous Divine Armas and push the system to a whole new level. Check below for more details. 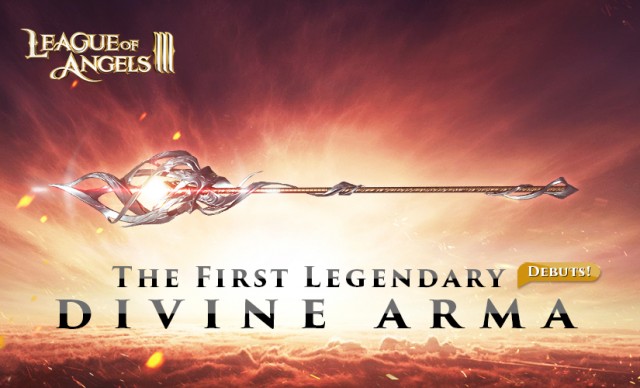 The key to defeating the Dragons lies in the Divine Armas watched over by twelve Divine Guardians spread over the Grace Continent. Asherah, the leader of the Angels and guardian of Divine Edge, has sent her beloved daughter Johanna to watch over one of the Divine Arma: Memory of Asherah.

Traveler’s Blessing: Heals the three allies with the lowest HP, recovering their HP by (ATK 64% + 1,200). Converts 25% of any excess healing into a shield that absorbs incoming damage, lasting for D turns.

Creator’s Calling: Clear (Lv.1) and blesses one ally. If the ally dies within 2 turns, they’ll come back to life with 35% HP and keep fighting for 3 turns. Each hero can only be revived up to 1 times.

Angelic Ward: Recovers all allies’HP by 90%+1,200. Converts 25% of any excess healing into a shield that absorbs incoming damage, lasting for 2 turns.

With the legendary Divine Arma and its Divine Arma added, the mass damage attacker in the squad will be able to relentlessly pierce the enemies’ and cause massive destruction. Do you want to deal even more damage to obliterate your enemies or increased Rage reduction to limit their attacks? The choice is yours!