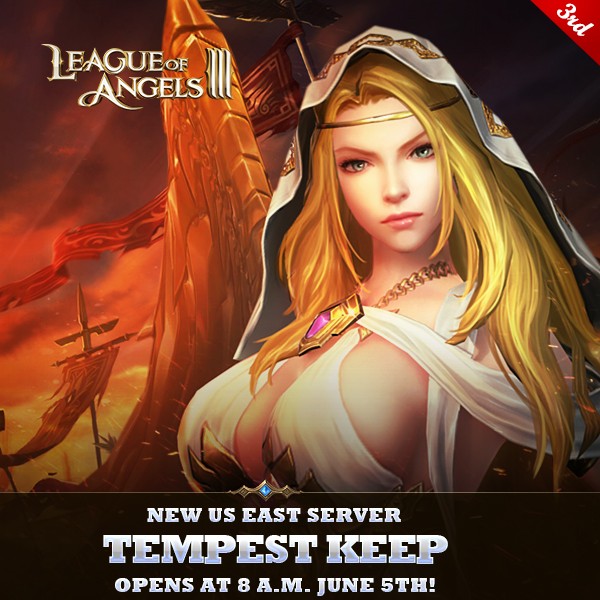 Located at the southernmost point of the Celestial Empire, the orcs' rugged territory and the elves' Fairy's Coming are separated by the Asmia iver. The area has been of strategic importance since ancient times.

“Tempest Keep”, the 3rd server for League of Angels III, will open at 8 A.M., June 5th 2018 (EST)! With more than 10 hot new server events and a ton of amazing prizes & gift packs, you better act fast to score all the sweet, sweet goodies!

The “Tempest Keep” server will be based in Eastern Standard Time (EST), and feature all your favorite Events and features including World Boss, Team Arena, Conquest, GvG Mines War, Tree of Origin, Hero & Mount Upgrade, plus the brand new Divine Guardians and Relics Advancing! Get ready to fight alongside the angels against the evil Dragons!

Get ready for a new challenge and guard the Tempest Keep with Angel Isabel! Be sure to keep an eye our Facebook Fan page and in game events! We hope League of Angels III players will enjoy the new server and explore new ways to play the game!