The envoy of the Undead Dragons - Pavara is coming from 12 July to 15 July. Pavara has the power to help allies to take less damage and gain rage, and protect allies from lethal damage. 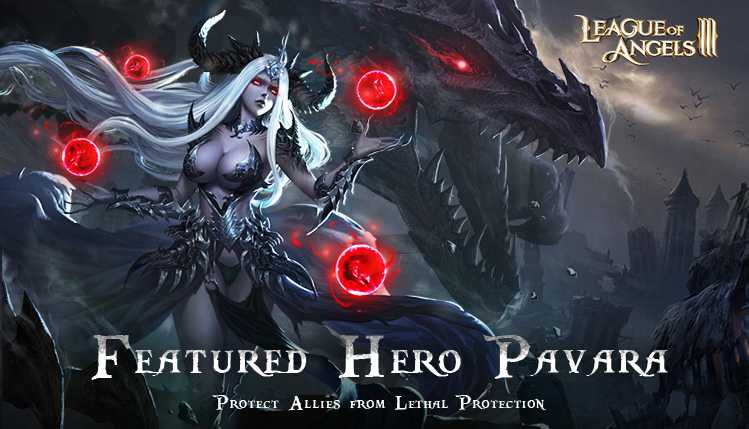 The wife of Elder Dragon Balerius, the mother of Tabitha, and the envoy of the Undead Dragons.

After the defeat of the Fire Dragons, she used the Soul Spell to fake her death and escape punishment.

Years later, she was resurrected by Tabitha. 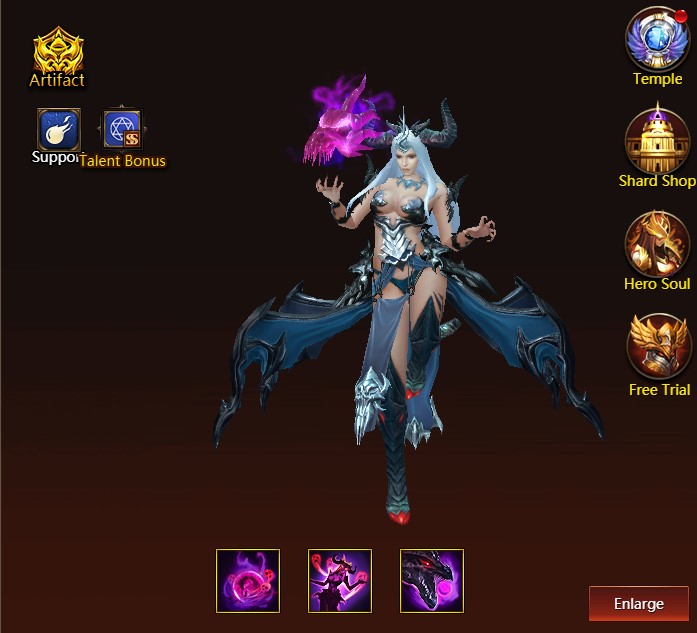 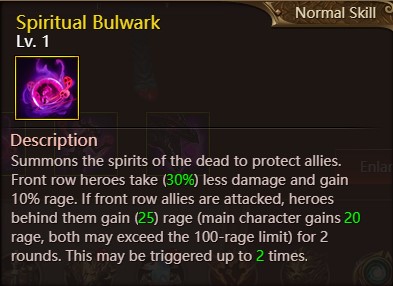 >Ancient Wraith: Attacks an enemy column, dealing (ATK*300%+200) damage and removes all buffs that are Lv.3 or below from the targets. Also grants 25 rage to all allies and increases damage reduction by 30% for 2 rounds. 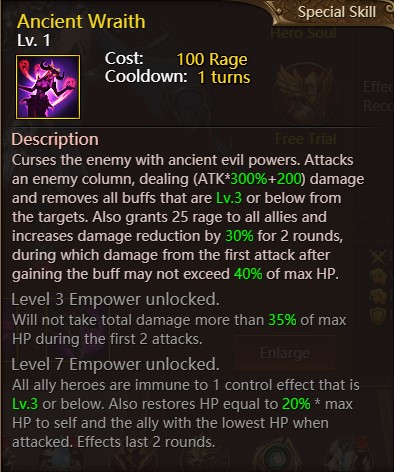 >Dragon’s Soul: Balerius’ power increase damage dealt and damage reduction of all allies by 40%. When taking lethal damage, HP is reduced to 1 and becomes invincible for 1 round. 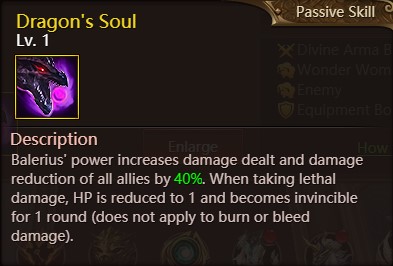 1. There is one Theme Hero for each “Featured Hero” event. Players will have the chance to obtain the Hero Pavara shards during the event, as well as other heroes and their shards.

3. Each draw will grant 10 points. The accumulated points can be used to open Points Chests which contain the Pavara Hero Shards. 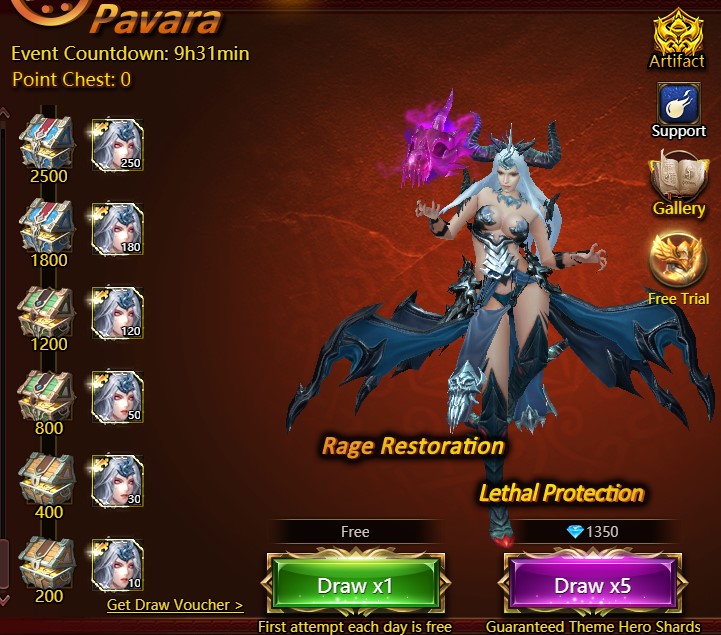 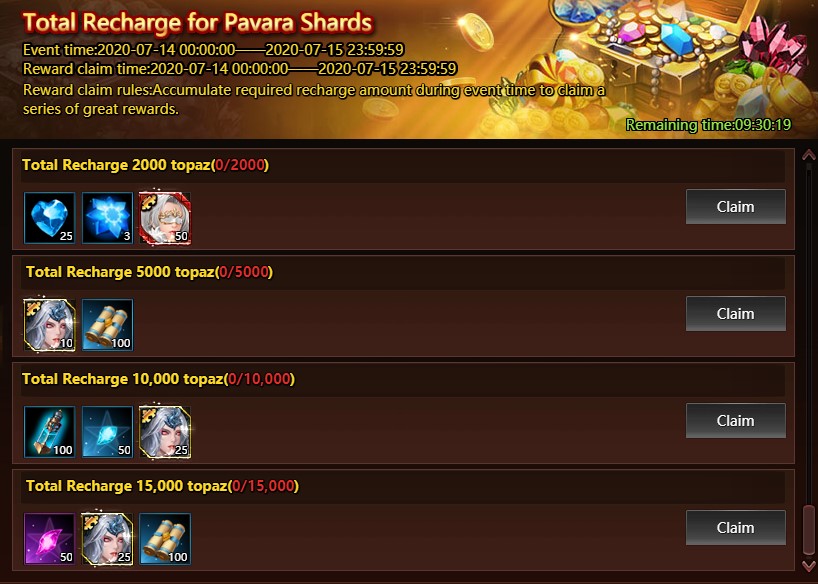