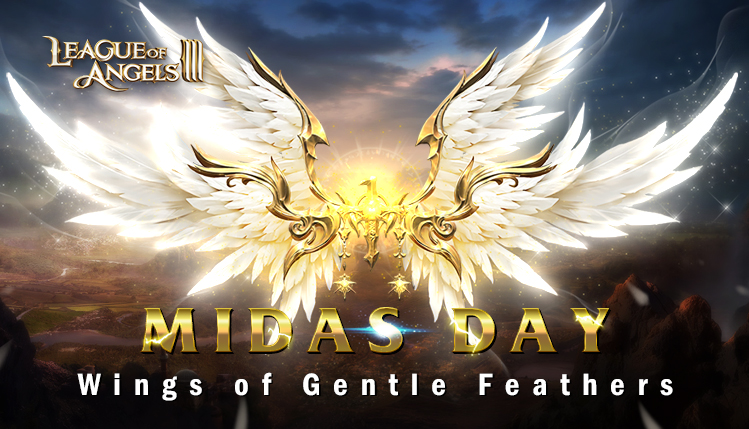 Greetings from Continent! Midas day is coming to Grace Continent. Come and join us Midas Day party to unlock the newest Wings: Gentle Feather! From May 19 to May 23, Gentle Feather can be obtained in the Midas day event, don’t miss your best chance to get these powerful wings to increase your BR!

The birthday of Inanna, and the Empire day of Midas Empire. The sage, Asherah’s daughter, Athena founded Midas Empire. After her younger sister Johanna violated the rules of the Angels, she kept an air of righteousness to avoid suspicion.

However, her deep love for her sister made her use all kinds of ways to secretly help her escape the punishment of having her Wings cut off.

After the Divine Inquisition Upheaval, she led her followers to establish the Midas Empire, with an objective justice system as the foundation of the country. After the missing of Johanna, Athena put her debt and love on her daughter, Inanna, and even set her birthday as the Empire day of the Midas Empire. 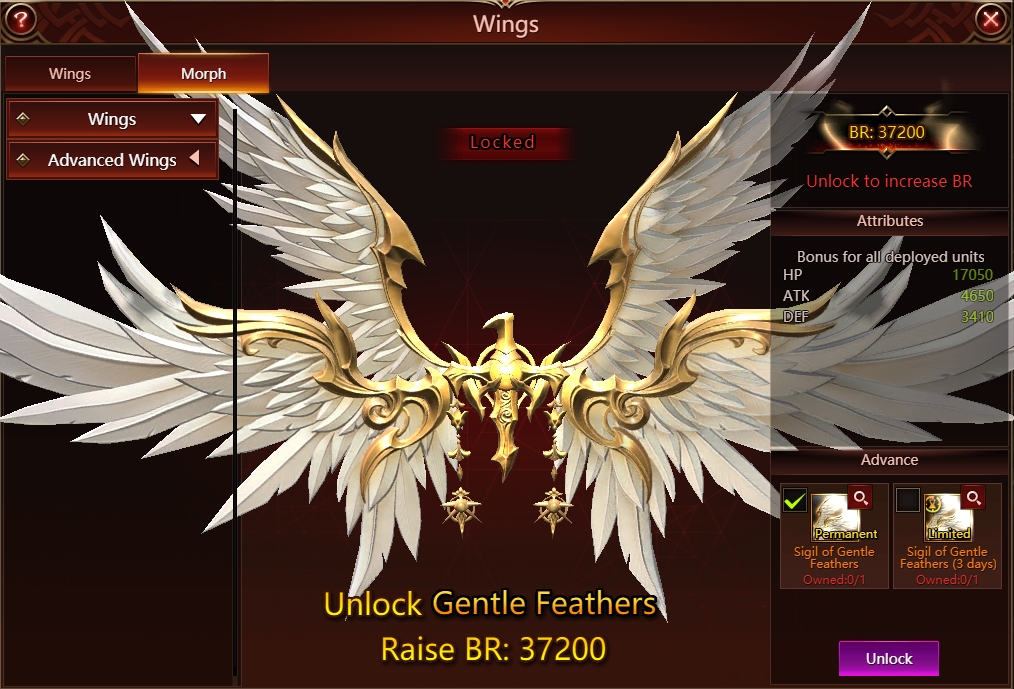 Once unlock Gentle Feathers it will bring you more than 37K BR. The bonus for all deployed units are: HP: 17K, ATK 4.6K and DEF: 3.4K. come and unlock this Midas Day exclusive Wings.

>>About the Midas Day Event:

> During the Midas Day, you could use Dream Blossom or Topaz to spin the machine and win the extra Diamonds and Letters of Love.

> Moreover, using Prize x5 will automatically multiple all prizes by x5 (you can earn x25 prizes if you also get x5 in the last column.

Players can draw 30 times in Event or meet some certain recharge requirements can directly exchange Gentle Feathers with Midas Badge and Letters of Love.

Players can also purchase other powerful Wings like Dragonslayer and advanced resources with Midas Badge and Letters of Love in Midas Chest.

>>Good news for VIP0 players: Login for 5 days, you could get Letters of Love and Dream Blossom.

Don’t miss this good chance to unlock new Wings Gentle of Feather and increase your BR!